Author: by Greg Burton
For the third year in a row, the Center for Sport Leadership reached its goal on it's Day of Giving 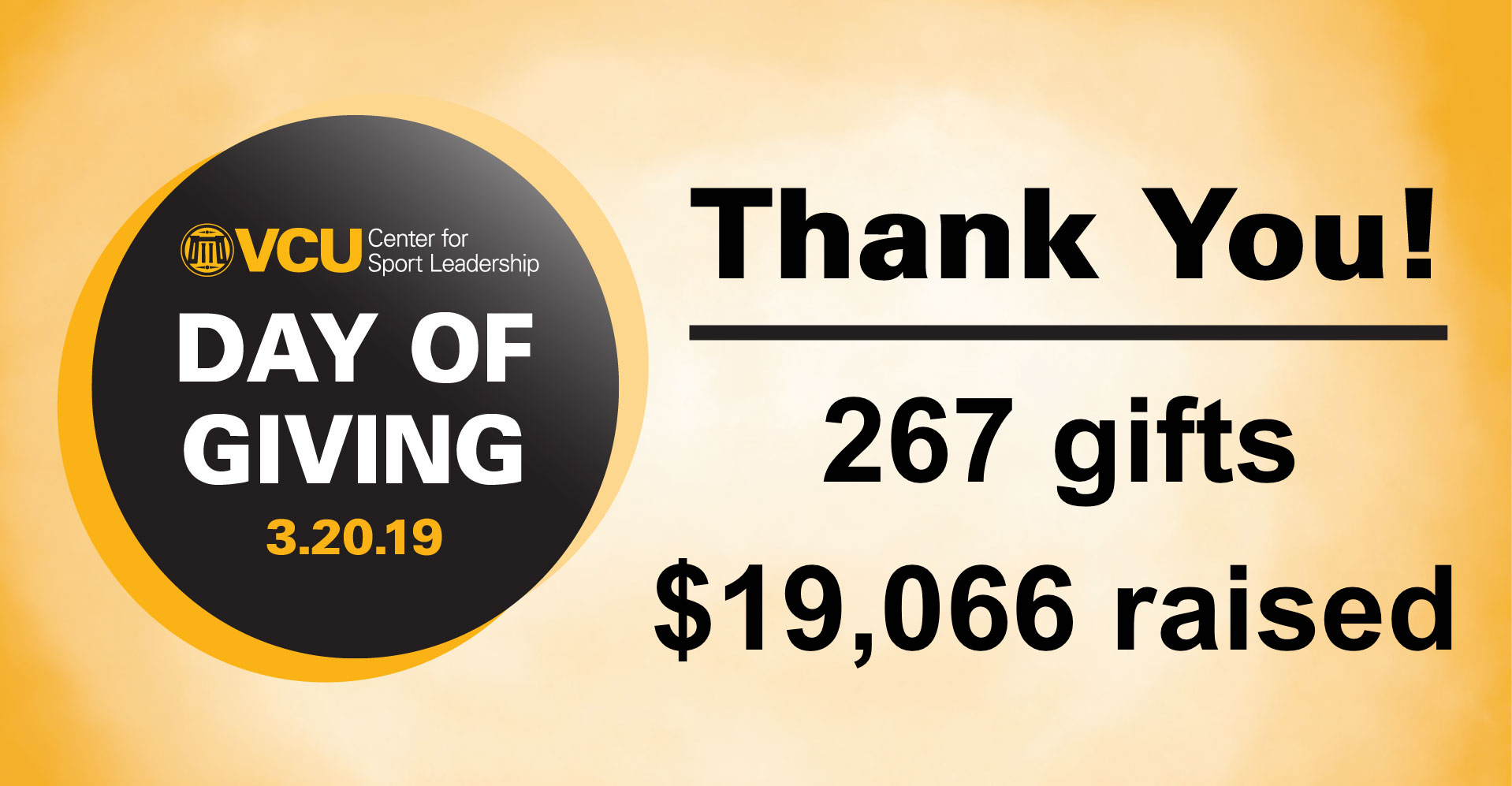 It’s a three-peat for the #CSLnetwork.  For the third year in a row, alumni and friends of the Center for Sport Leadership showed their commitment and generosity on our Day of Giving, helping us exceed our goal with 266 gifts totaling almost $19-thousand dollars.

“We are so grateful to everyone who participated in our Day of Giving,” said executive director Carrie LeCrom. “This has become an annual display of the true strength and unity of the #CSLnetwork. Alumni giving back to the program not only allows us to secure additional resources to attract the very best students but it sets an example for future students.”

Gifts came from 28 different states, as alumni from around the country checked in through social media after making their gift. Scrolling through the CSL Facebook, Twitter and Instagram feeds provided a powerful snapshot of the CSL’s impact as graduates shared testimonials about how the CSL changed their lives.

“I feel so fortunate to be a graduate of a program that is so dedicated to the growth of its students and alumni,” said Vanessa Moore, Class of 2017

Jalen Manning, Class of 2017 posted, “The CSL gave me good friends, numerous opportunities for career and personal growth and played an essential role in getting me where I am today.”

"I wouldn’t be where I am today without the CSL. To support them on their day of giving is a no brainer,” said Justin Jannuzzi, Class of 2006

The CSL announced that it will continue to accept gifts through Friday, in honor of VCU’s appearance in the NCAA Tournament.  Head Coach Mike Rhoades, a 2002 graduate of the CSL, kicked off the Day of Giving, with videotaped “pep talk” that was posted on the CSL’s social media platforms.

The Class Challenge was won by CSL '17, who totaled 37 gifts.

If you would like to make a gift to be including in our Day of Giving,  click here. 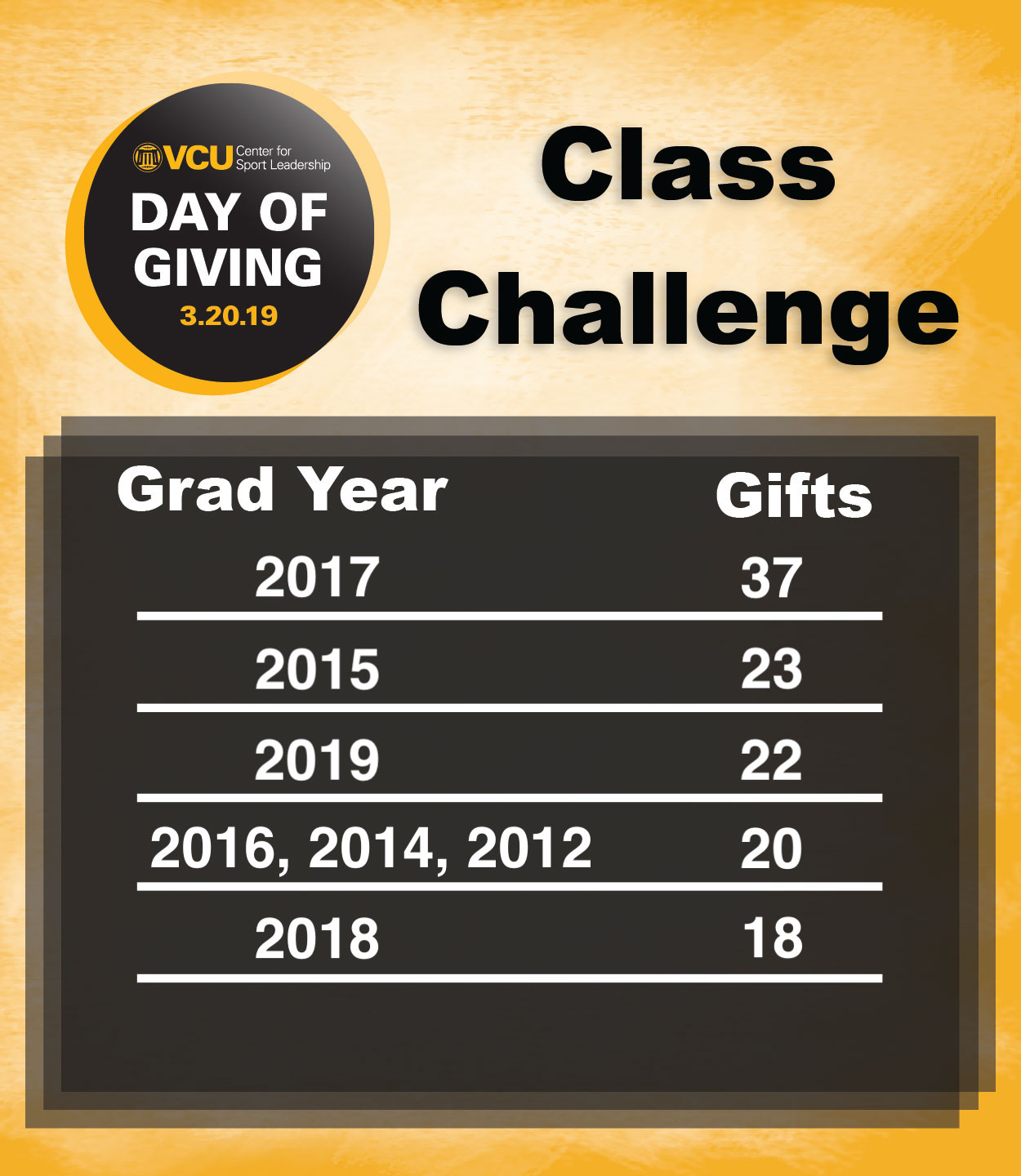