COVID-19 Forces CSL To Get Creative With New Class

Author: Nate Wise
After the annual European Model of Sport trip was cancelled due to the global COVID-19 pandemic, the CSL added a summer class focused on the issues surrounding the Olympic sports industry today. 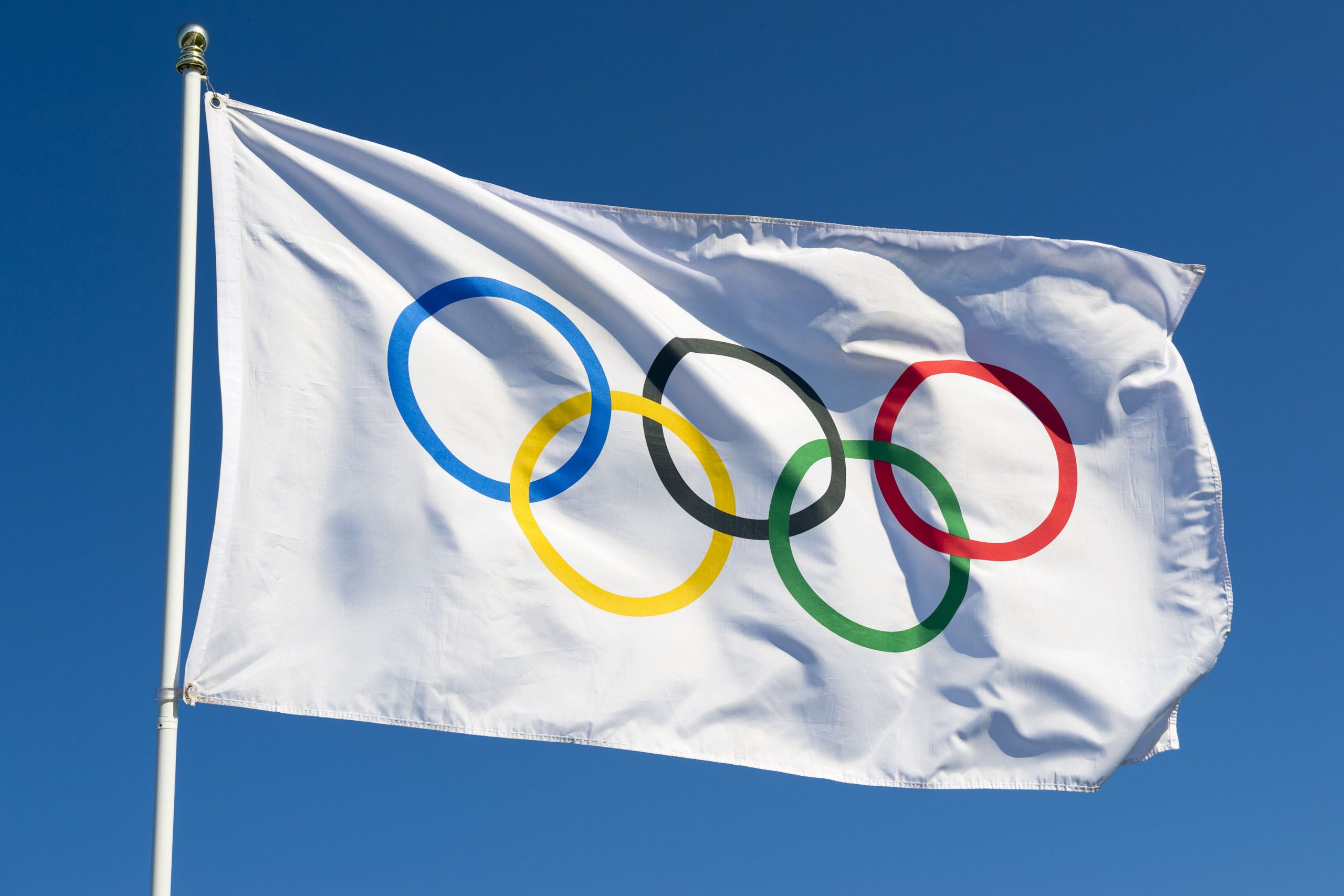 You’ve heard what they say about the best laid plans, right?

Just when you think you have everything figured out, life has a way of crumpling up your plans and tossing them right out of the window. So what do you do when a global pandemic changes everything and forces you to do things completely differently? That’s a question just about everyone has had to answer this year.

In the midst of celebrating its 20th year, the VCU Center for Sport Leadership once again had plans to take a group of students and faculty “across the pond” for the European Model of Sport course. A course that spans various European cities to get a first-hand look at how the sport industry operates in other parts of the world.

The 2020 trip, which was slated to take place from April 24 to May 5, intended to include stops in Munich, Salzburg, Vienna, and Prague before COVID-19 reared its ugly head and forced a complete cancellation. It was only the second time in the history of the CSL that a cohort would miss out on its European excursion, joining the class of 2002 following the events of 9/11.

Still, the three credits that would have been earned still needed to be made up somewhere in order for students to make forward progress in the program. That’s when Dr. Brenden Dwyer and the rest of the CSL faculty got creative and found an alternative.

“In conversations about the fact that we weren’t going to be able to go to Europe this year, we took a hard look at how that would affect our students and their ability to work towards their degree,” Dwyer recalled. “If they’re stuck at home and possibly doing nothing, we wanted to give them the opportunity to keep making progress.”

The result of those conversations was the addition of an online-only elective course called Issues in Olympic Sports. This would be an in-depth look not only at the Olympic Games that occur every four years, but at the entire industry that surrounds them. This isn’t the first time the program has offered this class, however. It was actually taught by an adjunct professor nearly a decade ago.

“Whenever we talk about offering an elective course, we always go back and take a look at what we’ve done before,” said Dwyer. “Some classes are great and some don’t turn out to be as we hoped for any number of reasons. But the ones that are successful stay on our radar and this felt like the right time to bring back Issues in Olympic Sports.”

With it being added to the course list on such short notice there were worries about meeting the minimum enrollment requirements before the summer semester began. In fact, only a handful of students had officially signed up by the final week leading up to its start in May. Just like everything else during the pandemic, things changed quickly though, and a total of 18 students joined the class.

Two of those students were Jamie Dompier, a MBA student on a two-year track, and Gina Fischetti, who represented one of many who are distance learners in the program. Both were scheduled to graduate with their degree in 2020 and this new class would prove to be vital in staying on time.

“I had already finished my externship and all of my MBA courses in the spring, so since the European Model of Sport trip was cancelled, I needed to find a different class to take,” Dompier explained. “I knew I’d already be taking Media and Communications with Greg Burton so once they notified us that an Olympic Sports-focused class was being offered, I got really excited.”

Many students felt that same excitement, thanks to a commonly-held positive opinion of the Olympic games. And while some aspects of those opinions were reinforced, many discussion topics in the class led to different feelings.

“The entire class changed the way I thought about things,” admitted Fischetti. “I came in having one image of the Olympics and left thinking, ‘wow, so this is what’s really going on behind the scenes.’ The documentaries we watched, the talks we had throughout the class, and our final research paper all opened my eyes to some of the problems we face.”

Alongside those types of assignments, there were hopes early on that a trip to the United States Olympic Committee’s facilities out west could be incorporated into the class. Unfortunately, this too was also nixed thanks to the increasing seriousness of the pandemic.

“We have great contacts at the USOC and they offer several different educational experiences on their campus,” said Dwyer. “International travel had already been suspended, but at the time domestic travel was still an option. We actually made it as far as creating a tentative schedule for the trip.” 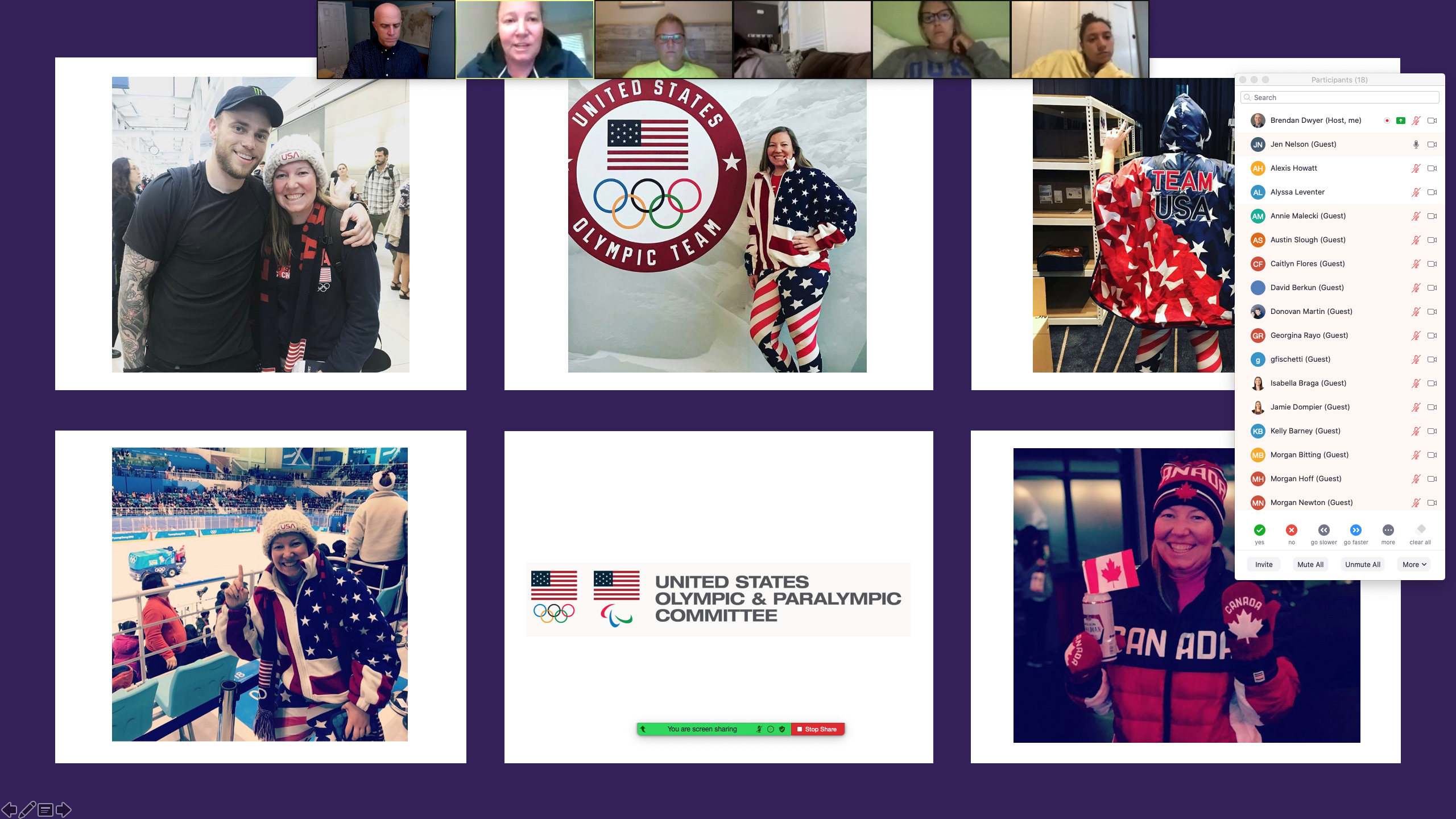 “We thought about flying into Denver and even looked at Colorado Rockies and Colorado Rapids games,” Dwyer continued. “We also looked about the possibility of going to Salt Lake City because we have contacts there too. These types of trips are really important for on-campus students because it gives them a unique opportunity to bond and gives them something they’ll always remember fondly so we just really wanted to find some way to give them that with the Europe trip cancelled. As we all know, things evolved rapidly with the virus and we knew we needed to prioritize safety above all else so that was out of the question as well.”

Without that trip, students were only able to interact with each other over Zoom. Those used to attending classes on campus had to adjust quickly while some others felt right at home.

“The transition was seamless, for sure,” noted Fischetti. “From a distance learner’s perspective, it was clear that CSL’s history of offering online classes made it a lot easier to keep things going when CoVID-19 showed up.”

No matter what, it would be difficult to look at the class as anything other than a success. All 18 students completed the coursework and earned three credits towards their degrees when the class came to an end in early August.

“I truly think the CSL faculty did a fantastic job of putting this class together on short notice,” Dompier said proudly. “The content that we covered was super relevant right now and we had a lot of great discussions throughout the semester. Obviously going to Europe would have been special, but Dr. Dwyer and the rest of CSL put a lot of thought and effort into making this the best experience possible under the circumstances.”