Author: Nate Wise
As the golf industry evolves, alumni of the VCU Center for Sport Leadership are increasingly finding themselves at the forefront.

Golf is evolving. Thought of by many as a game used for wealthy old men to discuss their business dealings, courses around the world have a much different look now. With added variations of the game and an increased diversity of players, golf has been steadily heading in a direction that is more inclusive and flat-out more fun for everyone. And alumni of the VCU Center for Sport Leadership are right at the forefront of that movement.

The network of CSL alumni in the golf industry has made big strides over the 21-year history of the program. Industry veterans like United States Golf Association Championship Director Charlie Howe (’07) have led the way, carving out a path that many others have since followed. Glenn Gray, a 2008 graduate of CSL and close friend of Howe’s, works as Senior Vice President at the Buffalo Agency and serves on the Virginia State Golf Association Board of Directors. 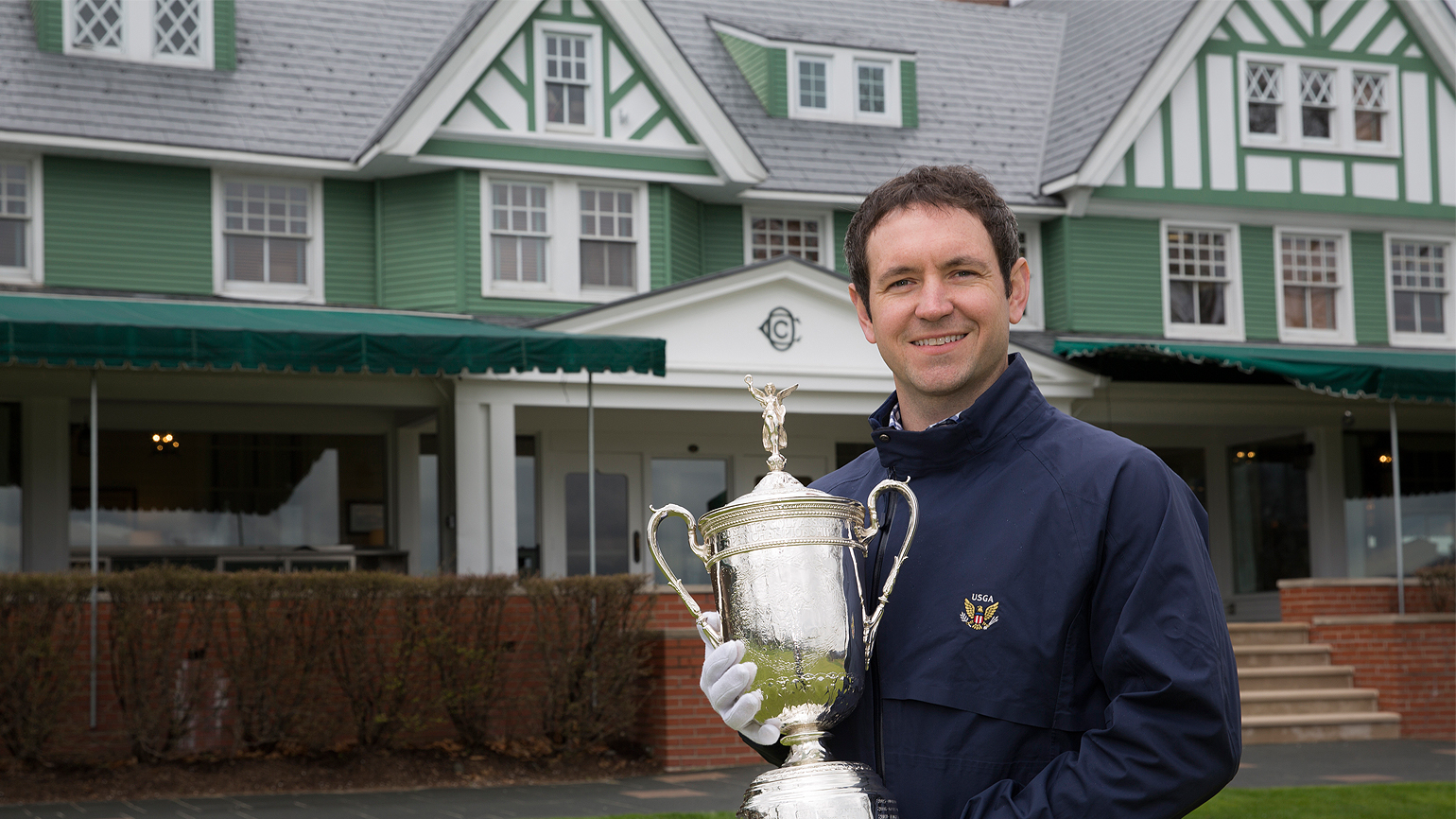 “When I graduated from the CSL, there weren’t many people who were going into the golf industry at all,” Gray recalled. “Most were going into college administration or coaching. Fast forward 12 years and now we have a great group of alumni who have made careers in the game of golf. Charlie has been a shining example with how he has progressed through the ranks and those same opportunities are there for future alums too.”

For many students, their first introduction to the idea of entering the golf industry comes from the Senior Vice President of Operations at the First Tee of Greater Richmond, Kelly McAnally. McAnally was a member of the women’s golf team at Longwood University before earning her Master’s degree from CSL in 2011. After a few years away, she has returned to the classroom, but this time as an adjunct professor, where she teaches Sport Events and Entertainment Development aka S.E.E.D. once a week.

“It’s truly one of the things I look forward to most each year now,” she said through a big smile. “I take a lot of joy in showcasing career paths that they might not even know exist when they enter the program. Watching students grow and seeing where they end up after graduation is always special.”

McAnally herself was introduced to the game at a young age, igniting an interest in golf that has burned brightly ever since.

“I started playing golf when I was eight and… my mom took me to the Kingsmill Classic when I was 15 or 16 years old which was my first exposure to everything outside the ropes at a golf tournament. I realized that weekend that you didn’t need to be Paula Creamer to have a career in the game and that there were a lot of people who worked hard to make those events happen. It inspired me to eventually become a tournament director in my career.” 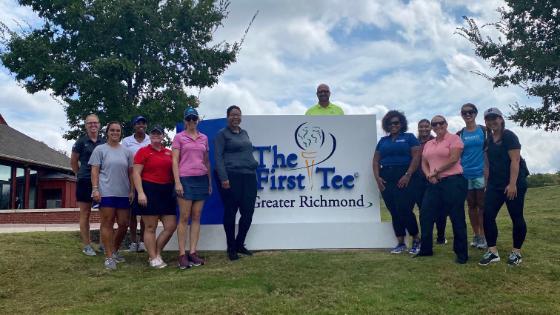 And now the next generation of golf industry professionals is following in her lead. Current CSL student Ashley Frederick is a graduate assistant under McAnally at First Tee, the third straight year the program has sent a GA to the organization.

Frederick hadn’t stepped foot on a course growing up and wasn’t truly exposed to the world surrounding golf until she first began working at First Tee as an intern last summer. The experience has been invaluable for both parties.

“I love having a lot of responsibility and I love how my supervisors at First Tee bring me to their meetings so I can see first-hand what goes into the decision-making process and learn more about what it takes to run an organization,” said Frederick. “If there’s anything on their schedule that I want to tag along for, they’re more than happy to have me and that means a lot.”

“Golf can be a slow and quiet sport at times so we focus on making the environment as fun as possible for everyone,” she continued. “The people you’re around when you play can make a huge difference too so we definitely emphasis the social aspect of the game as well. Personally, I’m constantly trying to learn more and I’ve gotten so much better from the very first day that I played.” 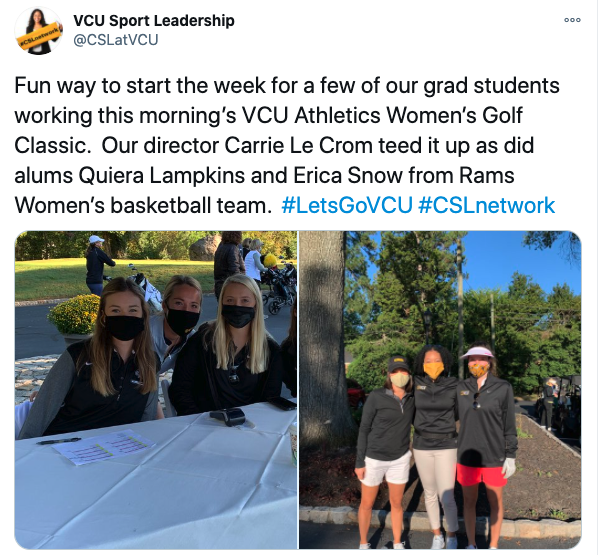 If you travel a little farther south, you can find a trio of CSL alums working at the First Tee – Triangle location in North Carolina. Brandon Baker (’08) got his very first work experience at the short-lived First Tee in Chattanooga, but has been with the overall organization for more than a decade and is now the President and CEO at the Triangle.

“We have seven full-time staff members at The First Tee – Triangle and three of them are VCU Center for Sport Leadership graduates,” said Baker proudly. “When we hire someone, we relate it back to how we teach the kids in our program here. We want them to be well-spoken, have great manners, show confidence, and just be all-around great people. So, when we are going through the interview process, it’s clear that CSL students show a level of polish that most other young professionals do not.”

Baker hopes to see the family grow even more in the future and knows there are plenty of ways to carve out a place in the golf industry alongside he and his staff.

“There are just so many different paths you can go down and still be connected to the game. Whether you’re playing, in the club space, working at a non-profit, taking care of the grounds, selling apparel, or whatever it may be, you’re still around the game and will always link back to golf.”

Alongside his most recent hire, Matt Furlough (’19), Baker also has Alejandra Ortiz (’19) on his staff.

“The mission of First Tee is what really stood out to me,” said Ortiz. “I made it clear in my job search that I wanted to combine my passion for sports and social development. It wasn’t a requirement to play golf and going in I didn’t think I would do it much, but now I love it and it’s part of my lifestyle. I just started playing a few months ago and now I try to play at least once a week.” 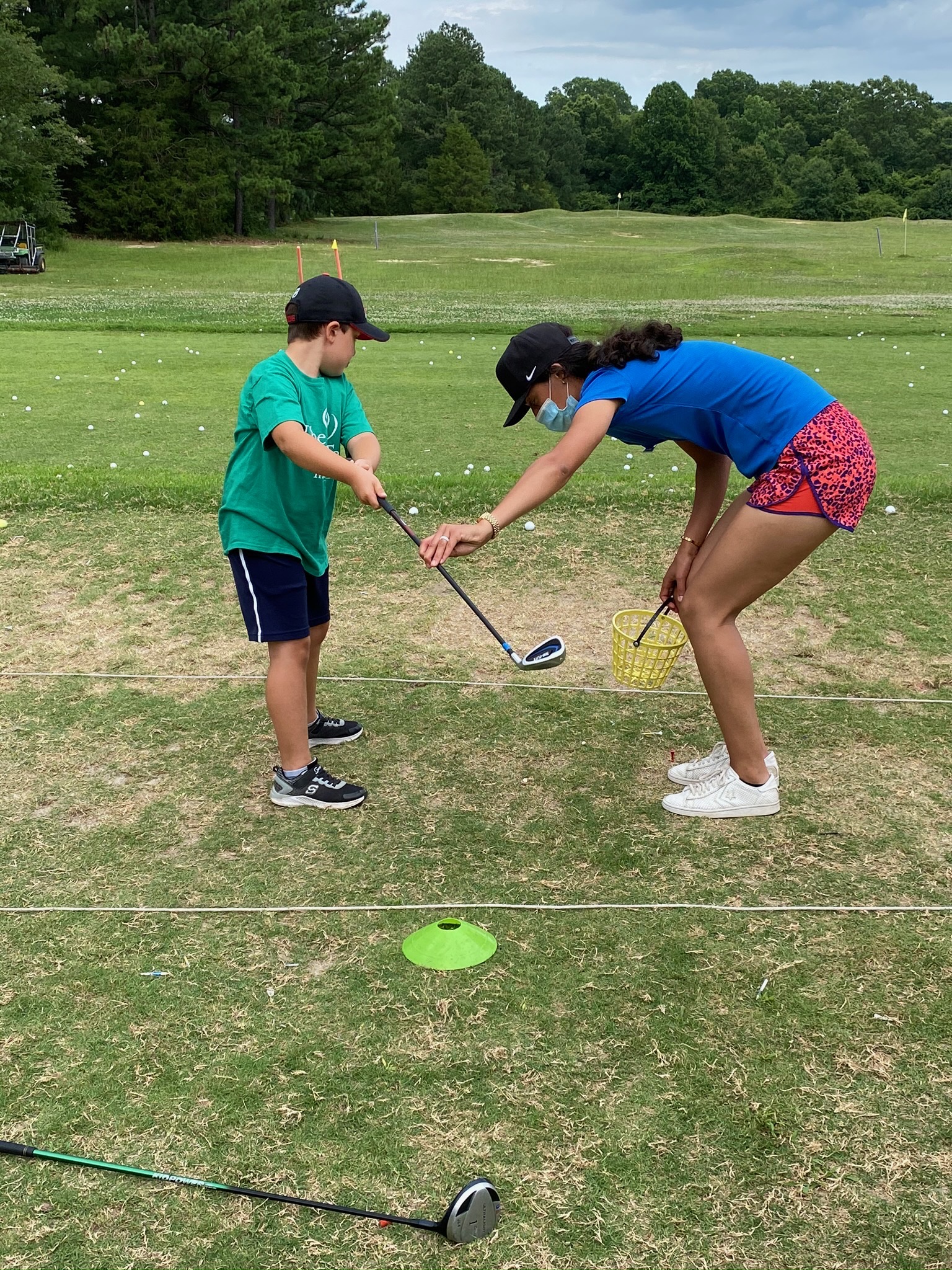 She credits her mindset as a student and the CSL program’s professional atmosphere for getting her career off to a successful start.

“It’s as if, while you’re a student in the program, you’re actually doing interviews at all times. Down the road, you’re going to remember your classmates and they’re going to remember you so it’s so important to put your best foot forward every day. I would never recommend someone I didn’t think could do the job and CSL gives us a chance to show a built-in network what we’ve got.”

Daniel Stamper (’19) gets to travel to tournaments all over the country as one of three CSL alums working for the sports technology company, Trackman. He began playing golf when he was 13 thanks his grandfather’s love of the sport and eventually made his high school team before joining the collegiate ranks.

“I fell in love with the grind of trying to get better,” said Stamper. “Before I had my own car, my mom would drop me off at the course and I would be there all day playing until she came and picked me up again. I was thinking about the game constantly, and spent all my time playing it or watching it on TV or reading about it.”

His journey so far in his young career has had the CSL network’s fingerprints all over it.

“The CSL network has been huge for me. I reached out to Glenn Gray while I was student because we had developed a good relationship during an assignment where we needed to talk with alumni. He helped me get my foot in the door with the VSGA and that led to my internship after graduating.”

From there, the network continued to work its magic and show exactly how influential it can be for young professionals entering the industry.

“A lot of alumni were going to be in town for the CSL 20th Anniversary event and it just so happened that my boss at the VSGA, Matt Smiley, is an old friend of Justin Padjet, a senior-level Trackman employee and fellow CSL alum. They had talked about me a little bit previously and Justin was travelling to Richmond from Denmark where he’s based out of. We connected and were able to meet up for coffee where we chatted for a while about all kinds of things. He became a great contact for me and by the beginning of the next year, he offered me a job at Trackman.” 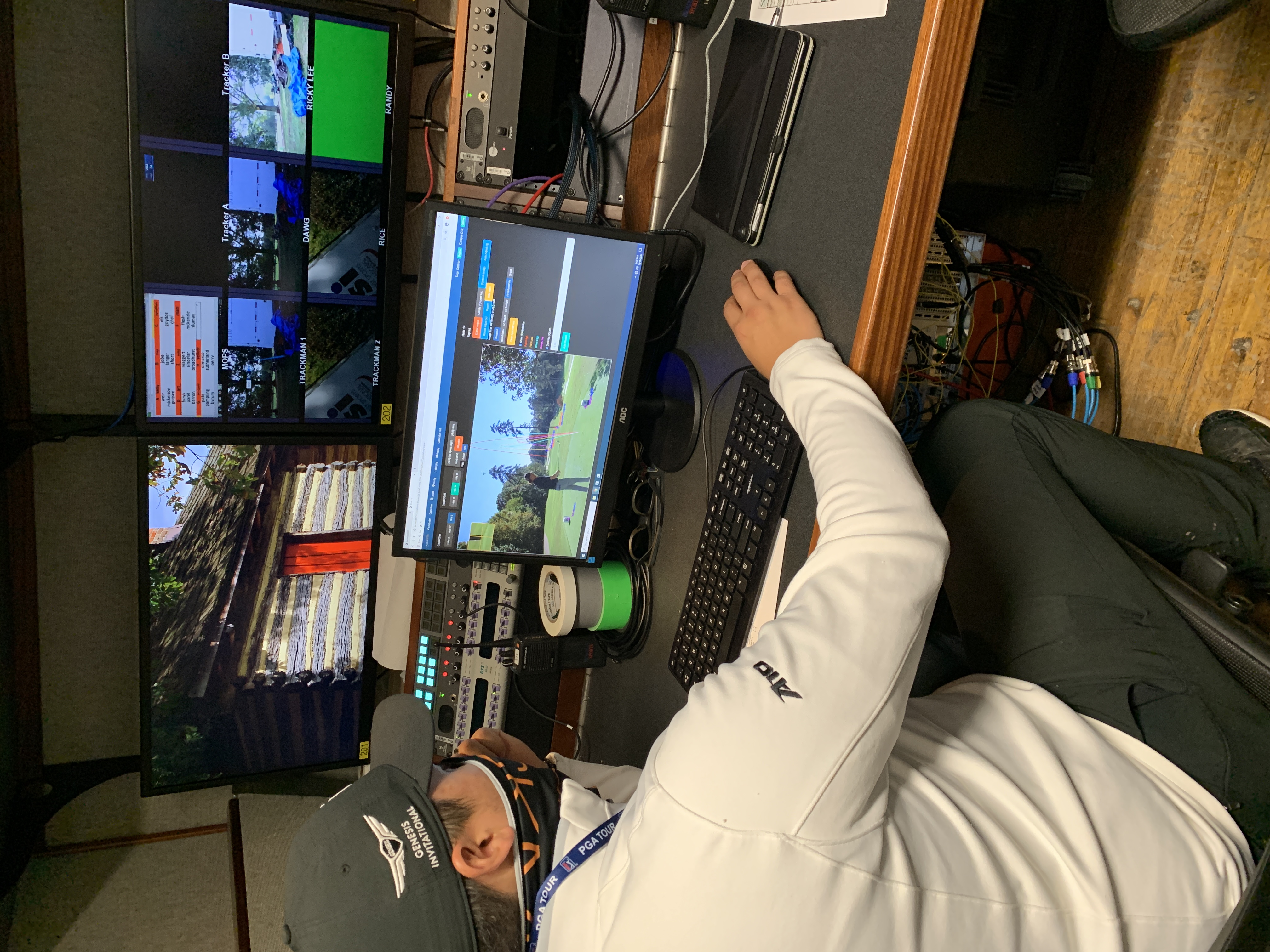 The city of Richmond itself, where Stamper and others have experienced so many huge steps in their careers, has proven to be an incredible testing ground for the growth of golf and how it can evolve to bring in new audiences.

“Richmond is right in the epicenter of the game’s evolution in my opinion,” added Gray. “It’s always had great golf courses and a lot of history, but when you look at the area now it’s only getting better. The industry as a whole keeps a close eye on on-course participation and now it’s tracking off-course participation as well. That includes places like Drive Shack and Top Golf which opened up within a month of each other in Richmond.”

The Center for Sport Leadership has a part to play in that forward progress and it’ll be fun to see how alumni of the program make an impact on the golf industry for years to come.

“Thinking back to 2008, from what I remember, there was probably only two or three people from CSL who ended up in the golf space or even working with kids like I wanted to do,” Baker concluded. “To see it evolve to what it is now has been fantastic and I think it’s a result of the program continuing to expand students’ views of what sports can be within our communities and using the skill sets we develop to make an impact in more and more ways.”